Eric and Sye... Only in it for the Money

Eric Hovind and Sye Ten Bruggencate are two of the leading proponents of Presuppositional Apologetics today. 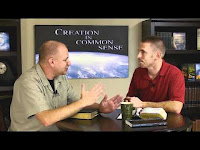 But are they genuine True Christians fighting for the advancement of the truth of their particular brand of religion or are they just in it for the Money.

Do they sincerely believe the religious propaganda they promote or have they hit on a good way to make money from their Blogs, Websites, Podcasts, Affiliate Advertising, TV Shows, DVDs, Guest Appearances, On-Line Stores, and a multi million dollar Merchandising organization?

Eric and his recently acquired side-kick, Sye often use the fallacious argument that you can't know anything unless you know everything (or have an imaginary friend that knows everything). They live in a simplistic binary fantasy world where everything has to be absolute... All or nothing. Everything has to be 100% absolute objective fact or it can have no value whatsoever.

Well, there is one thing I believe to be an absolute objective Fact.... Eric and Sye are not REAL Christians.  That's just a front.  They are in this for the money. And I can demonstrate this using only their own brand of religion.


I'm told by self identified Christians "it's easy to tell who the REAL Christians are".

The real ones are the ones who faithfully follow the words of Jesus Christ. I have met many Christians who behave as though they alone are able to correctly determine the word of God. You probably know the kind of guy I mean. fanatically devout, 100% certain of their own interpretation, unable to even consider that they may be wrong and they're very loud and prolific in their evangelising.

Jesus said:-
In John we read 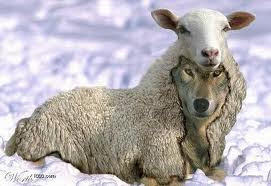 These are indeed wise words from the Bible. They're a warning that there are many who tell you they know Christ but will be lying.

So how do I determine if Eric and Sye are false prophets or real Christians?

Many Christians will say that only about 10% of people claiming to be Christians are the real thing. If I just pick any Christian and accept their interpretation of scripture, I have a 90% chance of picking a false prophet who will lead me directly to Hell.

The Bible confirms this when it states:-

As I mentioned, In John, it clearly states that I should not believe all these claims of Christians, I must test them to see which ones are really from God. If I am to be saved, It is imperative that I ascertain which Christians are the real thing. If I am to listen to the Truth then I owe it to myself to hear it from a True Christian and not some Hell bound false Christian who's primary interest is financial gain.

Jesus has made very clear the terrible consequences of following the Serpent and his followers. So it is doubly critical that I weed out the False Prophets.
The Bible says in Matthew 7:22-23 that God will reject these self proclaimed believers who were only in it for themselves.
Wise words again from the Bible.
It is a Biblical fact that many who profess to be Christians will be judged false.

In order to get the authoritative answer about Christianity, there is only one source: Jesus Christ. Not the Pope, Not Billy Graham, Not the Arch Bishop of Canterbury, not Eric Hovind and not your own Priest or Pastor or Vicar. Jesus Christ is THE Authority.

If Christianity is the Truth, then the only way to sift through all the different dogmas, denominations, creeds and doctrines is with the guidance of the founder himself.

The word of self proclaimed Christians can't be trusted here because we know most of them are FALSE CHRISTIANS. 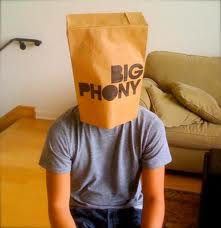 If they don't accept that the New Testament is the inspired word of God, not necessarily the literal inerrant word of God but a collection of scriptures, inspired by God that represent God's requirements, his new covenant to mankind, the instruction book for salvation...... then the proof ends here and I win by default. You can't reject the Truth of the Bible and still claim to be a Christian.

Jesus expects a certain behaviour from people who profess to be his followers. It doesn't matter what denomination you are or what church you go to, you are expected to conform to the will of Christ. If Jesus says you must love him, could you honestly claim to be a true follower of Christ if you actually hated him. Obviously not.

If Jesus says you must repent of your sins if you want to be saved, would it be Ok to ignore this instruction and boast of your sins instead? Would you consider yourself a true follower of Christ if you deliberately and knowingly ignored Christ's instructions... if you were fully aware of his instructions and chose to do the opposite? Obviously not.

Most Christians are just fair weather Christian? They're happy to follow the words of Christ so long as it isn't inconvenient to their lifestyle. They're just interested in the warm comfortable feeling of belonging to a big loving brotherhood of like-minded people, plenty of fellowship, happy-clappy brothers and sisters all congratulating each other on the wonderful knowledge that they're Saved?

Many are all talk, professing their devotion to Christ while being selective about the commitments and sacrifices they're are willing to make. They come up with excuses as to why they don't adhere to the more difficult requirements? They want all the rewards without any of the hard work and commitment?
However...
Some are genuine and actually try to follow the words of Christ as best they can. They strive to follow his example and his instructions no matter how difficult or uncomfortable? They accept his word in it's entirety without question? This is the difficult narrow way of Matt 7:14. This is the path that leads to salvation.

Luckily for us, Jesus also provided clear tests for us to make sure about whom we are dealing with. Jesus did not lay down volumes of specific demands for his followers, but those he did mention can be readily used. For example:

This is the crunch:- I need to see if Eric and Sye really do accept the word of Jesus Christ. talk the talk AND walk the walk as specified in Galatians 5:25 If we live in the spirit, let us also walk in the spirit.


Jesus said in Luke 6:30 "Give to everyone that asketh thee". No provisos or exceptions are stated or implied. In fact Jesus says you must give more than is asked and you must give to the unthankful and the evil.

The wisdom in this one statement is astounding.

He knows exactly how the recognise his true followers and how to recognise the hypocrits.
Giving to the needy is easy. Everyone likes to do that, it makes them feel better about themselves. It lessens their feelings of guilt, it makes them feel charitable and more virtuous, more pious. It gives them a feeling of higher morality, it makes them look good amongst their peers. But Jesus showed great wisdom... He wanted to see if they would still follow his instructions to 'give' when it didn't feel quite so good.

Would YOU still give if you were giving to people you don't know or don't approve of.
If the giving didn't bring you the same personal pleasure, would you give simply because Jesus instructs you to or would you now try to find excuses not to give.
This was the test set by Jesus to weed out the people who give but only for selfish reasons. However, If someone gives for no other reason than their commitment to the word of Jesus Christ, we have found a REAL Christian.

Someone who professes to be a real Christian but will not "give" as Jesus instructed is a FALSE CHRISTIAN. We already know that you can not deliberately and knowingly reject the words of Christ and call yourself a Christian.

You may buy yourself brownie points and public acclaim by giving to your church or your favorite charity. This is the wide easy path that leads to destruction.
The narrow path that leads to salvation is difficult and uncomfortable. Only a few will find it. It's a difficult path to follow because you must make a choice between your material possessions and your commitment to Christ.

The vast majority of Christians will always choose their material possessions first, Brownie points second and their commitment to Christ last.
So, I'm asking Eric send me $250,000.

Obviously the False Christians who do not follow the word of Jesus will not send anything contrary Christ's instructions. They will do the opposite of what Jesus says. Jesus says "Give to everyone that asks", I know for a fact that Eric will choose NOT to give, because doing as Jesus says has now started to become a little uncomfortable. Following Jesus is now inconvenient. It interferes with those money making schemes.

If Eric and Sye commit to the word of Christ they may not be able to get that new car or that holiday they've been promising themselves.
What do you think they'll choose, Money or Jesus Christ?

I know for an absolute fact they'll start to look for scriptures that will excuse them from having to do as Jesus says.
They will quote the writings of John and Paul even though they say Jesus is the ultimate authority.

They'll quote passages where Jesus says you also have to give to other groups of people and claim this cancels the other requirements to give.
But this isn't so, just because you pay your sales tax, doesn't excuse you from paying your income tax.

I know lots of you are saying "Hey, this guy is doing a scam".
But a scam requires a deception a trick. Whereas I am being 100% honest. I'm not selling anything, I'm not promising anything. There is nothing in this for them at all other than to see if they are willing to follow the words of Jesus Christ even when those words start to get a little uncomfortable and inconvenient. 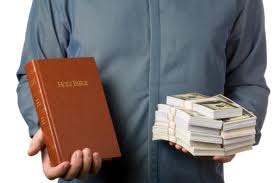 Eric and Sye like to make the accusation that you can be wrong about everything you know. Clearly this is not so, I know for a fact that Eric and Sye will always chose their material possessions in favour of their commitment to Jesus Christ.

I know for sure they will either fail to respond or start making excuses and quoting out of context scriptures.

Therefore by their fruits shall you know them.

Note:- This challenge is based on my $1000 True Christian Challenge first posted in 2001 and is still open to any self proclaimed Christian.