The Government has now voted (400 to 175) to approve same-sex marriage in England and Wales. 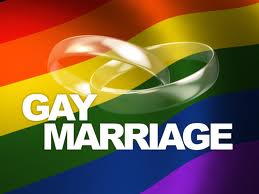 However, in the weeks leading up to this vote there were many highly vocal protests that such an action would cause a total breakdown of society as we know it. One of these vocal opponents to marriage equality was The Archbishop of Southwark, Peter Smith.

Archbishop Smith distributed one million anti-gay marriage postcards for churchgoers to mail to parliament expressing their opposition to the marriage equality bill.

See the [full article] in GayStarNews:-


Archbishop Smith had previously countered the Governments statement on the Equal Marriage consultation:- 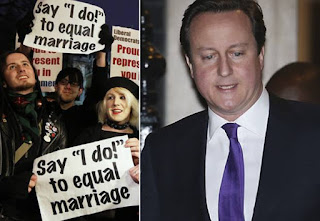 "This response has ignored the key concern expressed by many people in this country; that is the proposed change to the meaning of marriage."

He speaks of change as though it was a bad thing. When something is inherently wrong, it needs to be changed.


"We are in danger of forgetting what marriage has always meant: a union of one man and one woman for love and mutual support, open to the procreation of children."


Clearly, Archbishop Smith has never heard of King Solomon's 700 wives and 300 concubines. Should we also prevent the elderly and the infertile from marrying because they can't procreate? The only criteria we have left is "love and mutual support". Gay couples meet that requirement.

"It is more than a way of recognising committed loving relationships. Marriage matters to families, stability, and the common good of society. We risk grave long term social loss by rushing into such ill-considered legislative change."


So if Marriage is a good thing, why would MORE marriage cause damage to the stability of society. Surely "Divorce" is far more damaging to loving relationships and families, in fact Divorce is usually catastrophic to a marriage but I don't hear Archbishop Smith shouting very loudly about Divorce.


"The consultation showed that nearly half of the 228,000 questioned did not think that civil marriage should be open to same-sex couples and the figures did not take account of the petitions received, which were universally opposed and signed by over 620,000 people."

Let's face it, this has nothing to do with the sanctity, tradition or definition of marriage, this is all about the hatred of the gay community, it's about Homophobic Bigotry.

But bigotry in the marriage department is not new.. 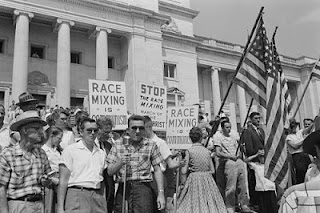 This is a picture from the Little Rock Inter-racial protests of the 1960s. The Religious right used exactly the same arguments the gay marriage opponents use today.

When blacks and whites were eventually allowed to marry in 1967, Society didn't collapse. The institution of marriage was not destroyed.

In fact, we look back and recognise the misguided bigotry of the day. 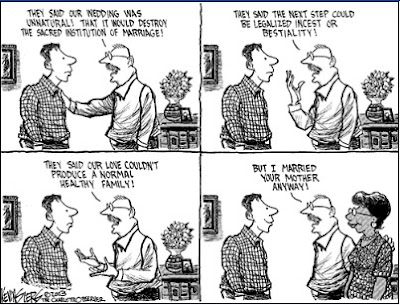 The same will happen for gay marriage. 50 Years from now, our grand children will look back and shake their heads in disbelief at the bigotry within our conservative society.

The Churches do not hold any monopoly on Marriage, they are not the custodians of the definition of Marriage, they do not have the authority to impose their traditions on people who do not subscribe to their Churches. They can have an opinion and can impose restrictions on their own adherents but NOT on the rest of the population. 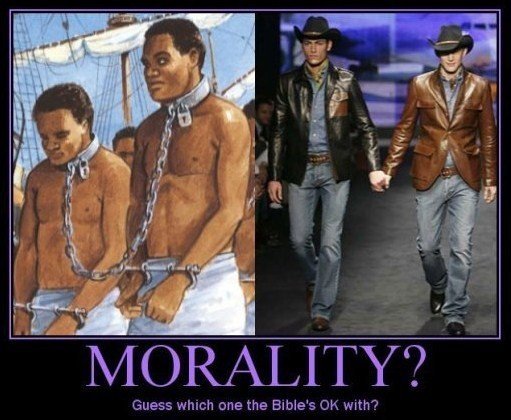