Mike Huckabee and +Eric Hovind  are just two of the most despicable excuses for human beings that I can think of.

Within minutes of of the tragic shootings at Sandy Hook Elementary School in Newtown, Conn, Huckabee and Hovind were up on their self-aggrandising soap boxes trying to score theological points on the back of murdered children.

Here's a few example of their cold heartless promotion of the Christian agenda : 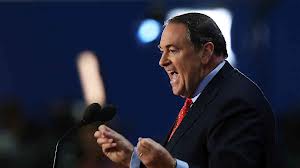 "No Surprise, We've 'Systematically Removed God' From Schools."
"Should we be so surprised that schools would become a place of carnage?"
"And since we've ordered God out of our schools, and communities, the military and public conversations, you know we really shouldn't act so surprised ... when all hell breaks loose."
[Mike Huckabee] 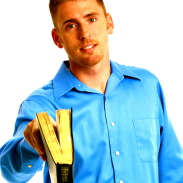 "Are you happy now that the shooter grew up in a school without God?"
[Eric Hovind]

"God Could Have Saved Those Kids, but He Won’t Go Where He’s Not Wanted."
[Bryan Fischer (AFA)] (Whoever he is?)

What they are indirectly referring to is obviously the adherence to the 1st Amendment that prevents state run organisations imposing any religious activity, doctrine or test on any citizen. Consequently, Schools are not allowed to impose mandatory worship of any deity on their pupils.

Huckabee and Hovind twist this to mean that God has been "Removed" or "Ordered Out" of Schools. Thus making a mockery of God's supposed Omnipresence.

Clearly this is not the case. Children and Teachers can pray in School whenever they feel like it. Praying is not banned in any US School.  This is a deliberate and cynical attempt to demonize and spit in the face of the constitution and the rights given to all US Citizens.

Children and Teachers can pray to their hearts content at school, then can pray on the way to school, they can spend all their lunch breaks praying, They can spend every single minute of spare time praying and I'm sure many of them pray all through lessons instead of learning about reality.

So let's examine the utter stupidity of what Huckabee and Hovind are actually claiming:

We know Christian kids and faculty can and do pray to their God as much as they like in school. What they can't do is force all the Jewish, Hindu, Muslim and Atheist kids to worship their particular brand of God.

So according to the claims of Huckabee and Hovind, all those Christian prayers offered in School were totally useless, it FAILED to prevent evil entering the Sandy Hook Elementary School. The only thing that would have prevented this tragedy was to force Atheist and Jewish kids pray to Jesus every day.

But this causes a serious problem for Huckabee and Hovind. They are in effect admitting that Christian prayer is totally useless, God doesn't listen. The only thing that would have been effective would have been the additional prayers of Atheists.

I'm pleased that these two cold hearted bigots without any form of compassion or empathy are beginning to realise that Christian prayer does not work and that only the inclusion of Atheists could have had any effect.


If you really want to help:
Prayer clearly doesn't work, it only serves to make you feel better about yourself for not doing anything. Ignore Huckabee and Hovind, Get up off your damn knees and send money to:

Prayers will help you feel more righteous and caring about yourself.
Donations will help rebuild the lives of those affected by this tragedy.

Do NOT donate to any Facebook site claiming to be collecting donations for Sandy Hook Elementary School, it is almost certain to be a scam..... set up by despicable people trying to profiteer off someone else's tragedy.