What will you do in Heaven? 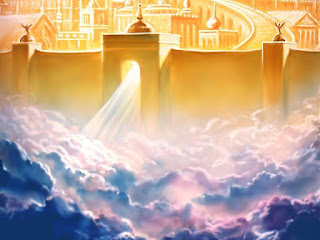 When you Christian guys go to heaven, what are you actually going to do there.

I know "Most" Christians don't believe the "Sitting on cloud playing the harp" theory. But what will you actually do?

Will you just live as you do now only in some paradise world? Will you spend all your time glorifying God.

The first 100 years will indeed be paradise. The next 100 years will be pretty good too, but you may become a little restless after 200 years of nectar drinking and renewing acquaintances with long lost relatives.

You may want to take up some new hobbies, lots of them. You have all the time in the world to become expert at everything you do.

After the first 1000 years you will probably have done most of the things that interest you. The next 1000 years could become a little repetitive.

10,000 years of fly fishing, listening to music, Ice Skating or doing Sudoku puzzles sounds pretty dull. In fact doing anything for 10,000 years is sure to dampen your enthusiasm for that activity.

After 100,000 years you should have tried just about every hobby, pastime, learned every language fluently, tasted every combination of food and drink a thousand times over.

Lets try to imagine the first million years of eternity. Boy, would you be full of wisdom, knowledge and memories.

100 million years will be just the beginning of the rest of your life.

1 billion years... a million billion years? I would think you would have run out of things that interest you by now.

10 thousand million billion years and you will be pretty desperate for a change of scenery.

A Billion Gazillon years will not even scratch the surface of all the years to come, and they will come very slowly, a day at a time. Doing all the things you have already done billions of times before.

Our solar system will have long gone by then, swallowed by the sun turning to a red giant then contracting to a white dwarf star and cooling down over the billions of years.

If we live in an open, ever expanding universe, the universe will cool down to absolute zero and die entropy death. A cold dark universe with that little oasis of paradise created specifically for you.

Conversely if we live in a closed universe. There will be the big crunch and the next big bang.

This is not heaven. This is Hell. 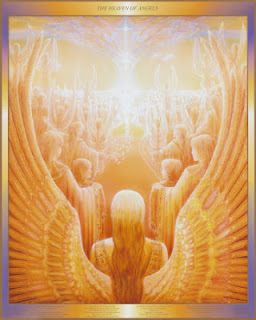 I would be interested to hear from any Christians who can explain their perception of living for eternity. Can this be explained without changing the essence of who you are, without changing your "being". Would your very soul need to be exchanged for one that can cope with such an awful prospect of living forever.

No one should be afraid of death, total annihilation or non-existence.

Being unable to die is a fate much worse than death.
Posted by Paul at 00:39